San Francisco painter, Victor Reyes is inspired by the unspoken language of visual art. Reyes is a thinking artist encouraged by his desire for life outside of the norm.

After moving to Southern California in the early 1990’s, he discovered local graffiti on the walls of the city and was forever changed. The large urban masterpieces, bright colors, and typography activated Reyes, now a painter with a graffiti name. The adventure making art on the streets became an exploration and daily exercise to draw, paint, and experiment. After a move to San Francisco and years painting murals and engaging in personal art projects in the community, he started showing in the gallery.

His pictorial sense and narrative conceptualization take form in a new repertoire, a language of painting he actually hopes does not have mass appeal though shown to the masses. A subtext to the city he inhabits, his work is a distinct voice within young American painting. Reyes’ work has been commissioned by brands such as Louis Vuitton, Twitter, and Nike. His paintings have been exhibited in Germany, Japan, Miami, New York and Los Angeles. For Reyes, his work is simply the art of the unimplied. 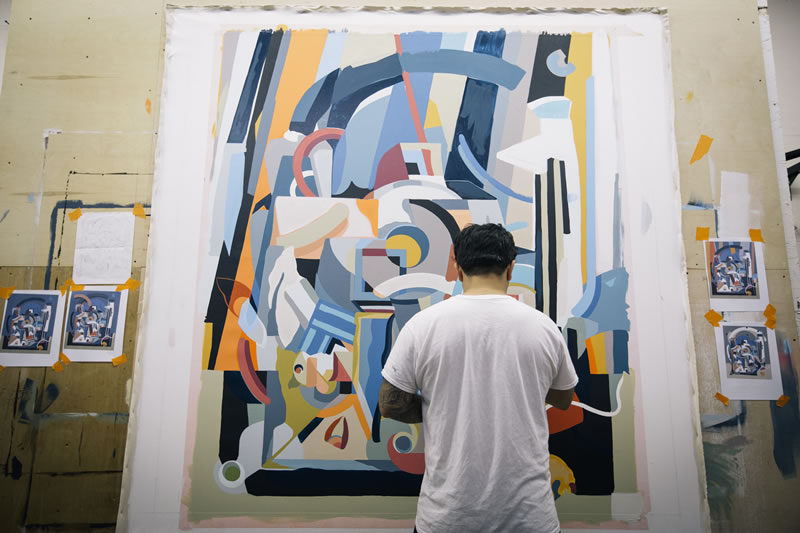 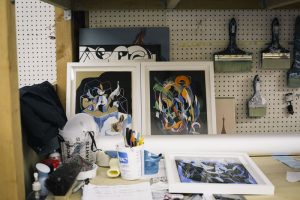